When your water pipes start to groan and sing! What does this mean?

I noticed that whenever we would turn on and off our water taps or flush the toilet, our house would start to wail, groan and moan! This would stop after a few seconds but as time passed the short-term wailing became a constant annoying groan 24 / 7.

Not only did our pipes sing loudly and not well, it would vibrate and tremble violently like an electronic exercise belt on full tilt.

As days passed, it was time to get a plumber called to sort this situation out.

I posted on our local Facebook Groups page to ask the local community whether anyone else experienced their water pipes singing. Surprisingly, one particular member posted about the potential cause of the groaning could be due to the water pressure being too high and causing the acoustics of the water piping to make sound as water is being pumped out to the taps and to the flushing toilets.

After several calls, I located a referred local plumber, who assured me of his promise to investigate this problem.

After looking at our taps, facets and toilets, turning off and on our water meter, it was recommended that a water pressure valve be installed to slow down the pressure being built up which altered the rhythm or the dynamics of the water pipe pressure points which in turn caused the rattling and groaning sounds.

It was so nice to have our house back minus the awful 24 / 7 moaning and rattling.

The moral of this story is to not freak out when all of a sudden your water pipes decide to sing, not worthy, of an audition on Australia’s Got Talent. It could just be the water pressure being too high and strong, and a simple water pressure regulator may just fix the problem! In any case, it’s good to have a plumber check it out.

Summary Helpful article and learnt a thing or two about water pressure and water meters! 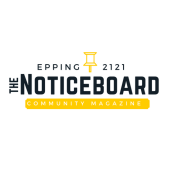 Dancers in the Dark – Dancing at Carlingford NSW 2118 Feel like dancing and moving your body in a way that feels good? We dim the lights, turn up the music and dance around with[...]
View Calendar
Add